No one’s ever prepared for a personal injury. Whether it comes after slip and fall injury in a public location, or from a vehicular accident, or in any other way, it’s always a surprise. When it happens, it’s a shock -- and it’s not always easy to think clearly. In fact, that’s part of the reason that we write these blogs: so that, if you read them, and then something happens to you, you’ll be better prepared when it does. Below are some myths that our top Los Angeles injury attorney team has encountered over the years, as well as the truth about them.

Top Los Angeles Injury Attorney Myths: “The Insurance Company is on Your Side”

This is less of a myth and more of a case of the opposite being true. The insurance company is not, in any way, on your side. In fact, for the most part, they make up the exact other side of a personal injury case. This can be hard for people to necessarily grasp, but for very valid reasons. After all, you pay the insurance company so that you have insurance when something happens. No one wants to think that, once they’re hurt, the insurance company will try not to pay for what they’ve gone through. Unfortunately, that’s the case.

See, the insurance company is built around the idea that they’ll pay less for your claim than what it’s worth. That’s not some kind of conspiracy theory or something, it’s literally the truth. It’s how they make money. Insurance companies have been, for the most part, around for a long time. Even the ones that are just starting out have a very clear idea of what every single claim is ultimately worth. So, with that number in mind, they’ll do everything in their power to get you to take less than that number. That’s when they’ll turn a profit.

Also, the sheer amount of things that they can do to get you to take less than that number is truly lengthy indeed. One of the most common tactics, of course, is to make you an offer that’s so much less than what your claim is worth. This low-ball offer typically comes very early on in the process. We’ve had clients that were called the day after the accident. They want to get to you when you’re at your most vulnerable, just in hopes that you’ll take it. 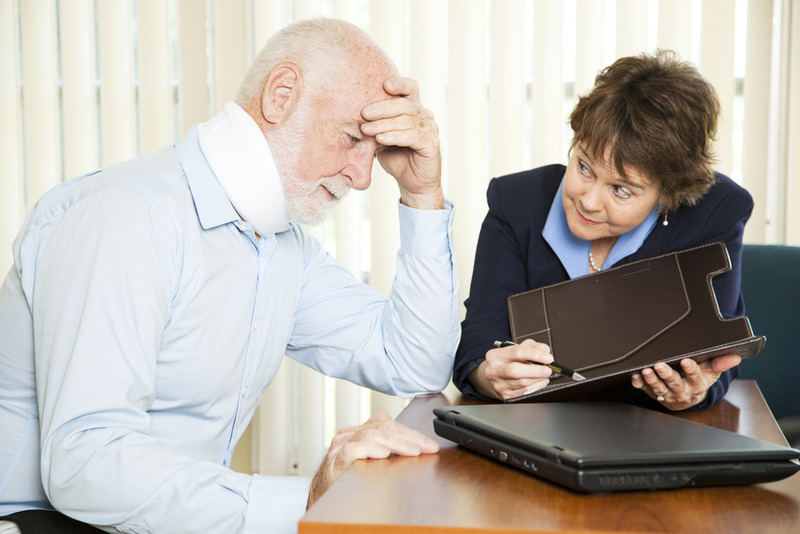 This is a strangely pernicious myth. The reasons for it are pretty simple: someone from the insurance company is probably going to seem like the best friend you’ve ever had. This makes sense: these people are often trained to be as likeable as possible. Once you’ve been injured, whether it’s in a vehicular crash or anything else, you’re probably going to want someone that’s there for you as a friend or pal, it’ll be great to meet someone new who’s so friendly, and so forth. Of course, this is all only happening because they’re there on behalf of the insurance company, but still.

That said, you don’t have to give them a recorded statement. Indeed, it can only hurt your case. See, when the insurance company adjuster asks you to do something, it’s so that it can help the insurance company and hurt your case. This isn’t some kind of theorizing, this is the truth. The idea behind one of these statements is only so that they can get something they can use against you.

Their hope is that you say something that can be utilized against you later on in the process. A sample: in your statement, given shortly after the accident, you say something like: “my shoulder seems a little bit banged up, but it’s fine.” Then, a few months later, you have massive shoulder pain, leading a doctor to find out that there’s something seriously wrong with it. After that, you’ll go to get help from the insurance company, and they’ll play your statement back, insinuating (or flat out stating) that you’re lying either then or now for more money. Best way to avoid this: don’t give the statement.

Los Angeles Injury Attorney for You

When you come to us, we make sure that the insurance company can’t do this kind of nonsense to you. We always tell prospective clients that, if the insurance company has given you some kind of document or something, let us look at it first. We’ll let you know if it’s worth it, or if your claim is worth more. Invariably, the latter is true. We can help you through every step of the personal injury process. When you’re ready to take the first step, we’re happy to sit down for a free, initial consultation. All you have to do is call us at (818) 240-1800.