Truck accident lawyers in LA: Almost every item on a store shelf has spent time on a large truck at some point. That is especially true in Southern California, where the population is steadily increasing. Truckers are frequently nearing the end of their journey by the time they arrive in Los Angeles. They are often tired and do not concentrate as well as they should on the road. This environment creates the conditions for significant truck accidents to be disastrous.

Many injured victims are left with more than just lingering injuries and concerns about property loss and other damages in the aftermath of these collisions. Insurance adjusters frequently call or visit, offering to resolve the matter. It's all too enticing to take the money and run. On the other hand, victims have no idea of whether or not these offers are reasonable.

The reality is that insurance adjusters don't care about injured victims at all. They are only concerned with the company's profits. In contrast, the truck accident lawyers in Los Angeles at the LA Injury Group only care about the victims who have been injured. That is why we work hard to gather evidence to support your truck accident claim. Then we aggressively defend you in court. We never back away from a fight, even if our adversary is a vast, faceless out-of-state transport company. 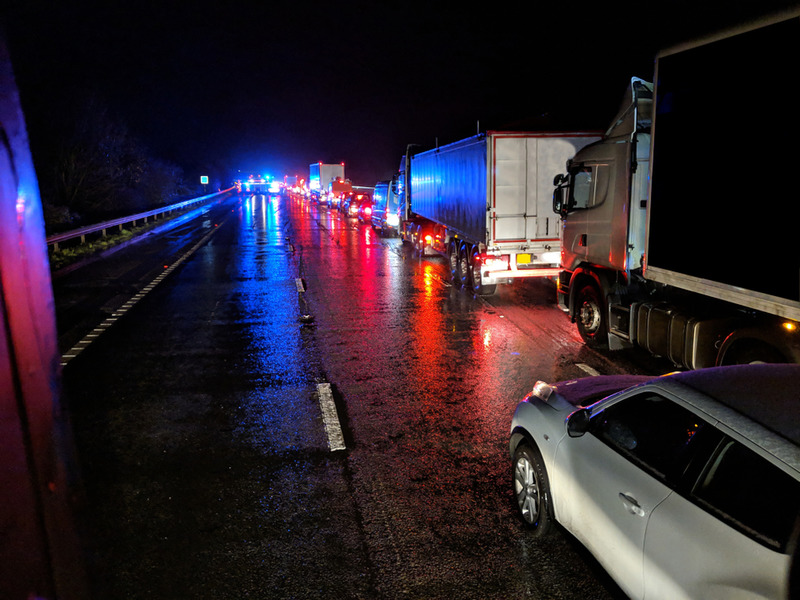 Truck Accident Claims: What Is The Evidence?

Victims/plaintiffs must prove negligence, or a lack of care, by a preponderance of the evidence, which is a legal term that means "more likely than not." As a result, all successful compensation claims must be found on solid evidence.

The police accident report is frequently used as evidence in a car accident claim. However, a truck accident lawyer in Los Angeles often requires more. Emergency personnel make every effort to investigate the accident, but they are limited in time and resources. Furthermore, if the victim was critically injured or killed, as is usually the case in large truck accidents, the police accident report only tells one side of the story.

In other words, the critical police accident report is frequently incomplete or inaccurate in large truck accident claims. As a result, a truck accident lawyer in Los Angeles must gather more trustworthy evidence. Fortunately, eighteen-wheeler accidents frequently involve a trove of electronic evidence. Here are some examples:

Electronic evidence frequently resonates strongly with tech-savvy Los Angeles County jurors. And, even if the device was working properly, successfully contesting this evidence in court is nearly impossible.

These advantages can be obtained if the evidence is available. Large trucks are frequently destroyed within a few days of an accident by insurance companies.

A truck accident lawyer in Los Angeles sends a spoliation letter to the insurance company to prevent the company from "accidentally" trying to destroy electronic evidence, such as the ELD and EDR. This letter establishes a legal obligation to preserve all potentially relevant trial evidence.

Drowsy driving is an excellent example of one of the two main legal theories in truck accident claims.

Ordinary negligence is a breach of the duty of care. Drivers, mainly commercial drivers, have a responsibility to be alert and well-rested. That might not be the case if the tortfeasor (negligent driver) did not get enough rest the night before. Furthermore, truckers are frequently on the road early in the morning or late at night. Regardless of how much sleep they've gotten recently, most people are naturally drowsy at these times.

This hypothesis is usually easier to prove in California. Common carriers include truck drivers, Uber drivers, taxi drivers, and other commercial operators in California. These people have a higher duty of care because they are professional drivers. And, as the saying goes, the bigger they are, the more difficult they fall.

Negligence in and of itself is a violation of safety regulations. California has some of the most stringent HOS regulations in the country. These regulations include speed limits and mandatory rest periods. If the driver violated these laws and caused an accident, the driver may be considered negligent under the law. Carelessness, or a lack thereof, is unimportant.

Many truck accident claims involve catastrophic injuries, which can make matters more complicated. If the victim was injured in the spine, the medical bills alone could easily exceed $4 million. Most people do not have nearly enough insurance coverage to cover these losses, especially since California has one of the country's lowest commercial auto insurance requirements.

Fortunately, California has some of the most comprehensive vicarious liability laws in the country. A good example is respondeat superior (let the master answer). Typically, shipping companies with deep pockets are held financially liable for a driver's negligence. This legal doctrine is divided into two parts:

Serious truck accidents are frequently highly complicated. For a free case review with a highly competent and experienced truck accident lawyer in Los Angeles, don't hesitate to contact the LA Injury Group. Our law firm does not charge upfront legal fees in negligence cases. Call LA Injury Group at (818) 240-1800 or contact us online.