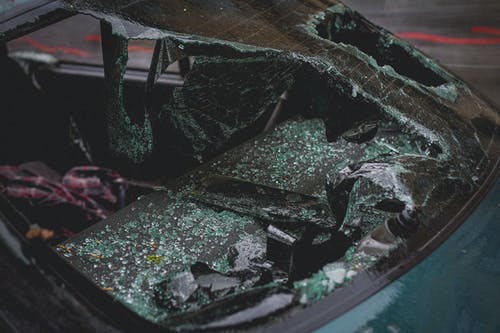 A Word about the Claims Adjuster

The period after having been injured is always difficult. It’s hard to “get used” to being injured. Some people never do. Hopefully, if you do suffer a personal injury, it passes quickly, and you never have to miss work or anything like that. However, that’s not always the case. Sometimes, whether you’re in a vehicular accident or injured in some other fashion, you can have to go through rehab or spend copious amounts of time in a hospital or at home. This can make it difficult (if not impossible) to work, pulling you out of your own life.

When that happens, you’ll have all kinds of new, difficult concerns that you didn’t have to deal with before. Paying for bills, making decisions based on your health and more – all of which there’s no real way to prep for. Hopefully, you’re surrounded by loved ones and have a great support system – but, even if you do, that doesn’t mean that the recovery process will be an easy one. For many, this is their lowest moment, the nadir of their lives.

Enter the insurance company adjuster. The adjuster from the insurance company will come into your life just when you could most use the help. You’ve gone through a very rough time, and here’s a friendly, compassionate face that just wants to talk. They might seem like a literal godsend, the nicest person that you could meet. This person not only comes from a group you trust (the insurance company) but they want to talk to you and give you money. It can all seem too good to be true. It is.

The insurance company adjuster is there to make sure that you take less money for your injuries. That’s why they’re truly there. The friendliness, the bonhomie, the “hey, how you feeling” – all of that is a cover, the surface level. Beneath, their job is that they’re trying to get you to take less money for your injury. Everything they do and say is built around that idea. It’s why they’re talking to you in the first place. If you look at it and really think, you can see how the different actions they take are each one step towards getting you to take less.

A good example of this is a “hey, so what happened” phone call or visit from the adjuster. They might come to your home, or they could dial you up, and ask something like: “can you tell me what happened and what kinds of injuries you might have?” You don’t have to tell them about your injuries. The best thing you can do is to contact our personal injury attorney in LA. We’ll sit down with you and go over your case, so we can see what the best way to move forward is.

If you go along with the conversation, it could end up being used against you. Say that you answer the question, and say something like: “I’m feeling pretty good. Kinda small injury to my stomach, but other than that, I’m fine.” That’s a normal thing to say. It’s certainly something most of us could say in conversation and then quickly forget about it. That’s exactly the problem.

See, it’s extremely hard to diagnose yourself. So, hopefully, what you said in this hypothetical was true: you had a slight injury, but now you’re OK. However, that’s not always what happens. Maybe you go to work for a few days or even months, and then suddenly, you begin to feel real pain in your stomach. Perhaps you double over and have to go home from work. In this circumstance, maybe you can’t go back.

The injuries from a personal injury (whether it was from a car accident or anything else) aren’t always readily apparent. Medical professionals will tell you that the full extent of many injuries isn’t known for a long period of time. So, just because you think that you were “fine” that doesn’t mean that you are, not in the long run at any rate. This is where so many insurance adjusters trip up regular, good-hearted folks who were just honestly speaking to them.

Say that you reach back out to the adjuster, and try to get more money for your injuries. After all, you didn’t know that they’d be this bad, you were just talking. You now know just how badly you were hurt, and want to get money for your injuries, just like anyone would. The insurance adjuster could easily say then: “well, why didn’t you mention this then? Are you sure you’re telling the truth, and aren’t just making it up? I asked how you were doing, and you said you had some slight pain. Now, you’ve got this whole story about being grievously wounded. Sounds a bit convenient.”

The insurance adjuster won’t just be saying this to you, of course – they’ll be saying it in a courtroom, and should they have to. People don’t realize how the small actions they take, particularly early on in a case; can greatly impact things later on. Sure, here at the LA Injury Group, we’ve helped people to get compensation for injuries who’ve done all kinds of things “wrong” at the beginning, but there’s no need to make it more difficult on yourself, especially with the help of a Los Angeles personal injury attorney.

Another way the insurance company worker tries to get people to take less money is to offer them a settlement immediately. When we say “immediately,” we aren’t really exaggerating here: we’ve known people who were approached with a number the day of the accident. This money may seem like a wonderful thing, almost like karma: the universe decided to do right by you after having put you through a terrible accident.

However, it’s usually the opposite: one more obstacle that has to be navigated. See, this is almost invariably a very “low-ball” number. That means that it’s far less than you could get if you had our law firm on your side. The insurance company adjuster knows that they aren’t supposed to give you much money, so they throw a number at you, hoping you’ll take less than you’re worth. Paradoxically, if they offer more money upfront, it’s actually a sign of how much more you could get if you let our law firm run with your case. They know what your case is worth; you deserve to know, too.

Our attorneys have taken on the insurance companies for many years. We know how to beat them at their own game, with their own rules. The first step is often the most difficult, particularly for people who are dealing with an injury. That’s why we make it easy to schedule a free consultation with us. The insurance company has great lawyers, you deserve to as well. Simply give us a call at (818) 240-1800 for a personal injury attorney in LA. We’ll sit down with you and talk about your case. We’ll go over all of the ways we could potentially help you, and see if we can work something out.