Long time readers of our car accident attorney in Los Angeles articles know that the insurance company is not your buddy after an accident. As great as it would be if the insurance company were focused on paying early, paying in full, and just giving you the money you’re owed without contesting it, we sadly don’t live in that world. Instead, the insurance company is liable to use a number of techniques to make sure that they don’t have to pay you that money. One of those techniques is to send someone genuinely kind and engaging to get you to take less money that you’re owed after an accident. These are some other tactics that we’ve noticed. 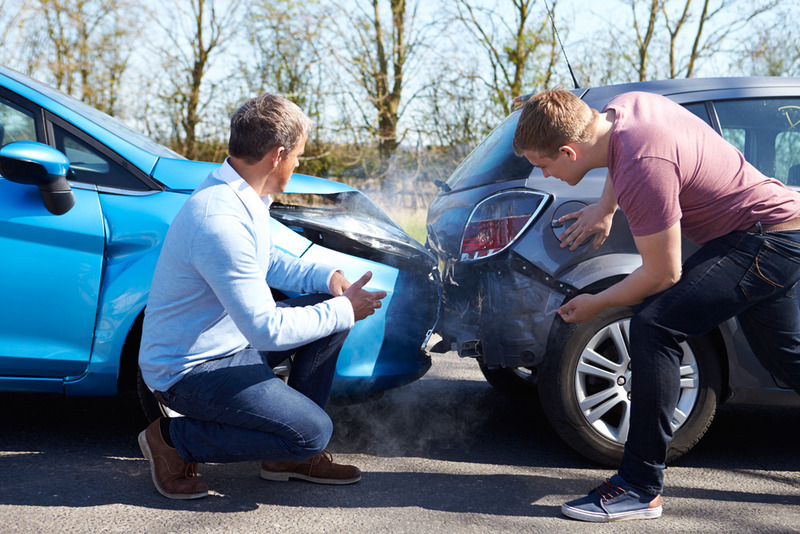 Until you go against it, or somehow have to see it, it’s hard to imagine the kind of resources the insurance company has at their disposal. Between the best investigators, adjusters, attorneys, estimators and more, they can have the best of anything they want on their side during your case. By that same token, in our experience, the insurance companies have no qualms about using all of those resources in an effort to make sure that you’re given less money that you’re owed. They can do this in a variety of ways. Typically, they use the investigators early on.

Insurance companies know a top notch team of investigators. Maybe they have them on staff, maybe they hire them from other organizations, but these investigators are good. In almost all cases, they’ve been doing this for a long time. They can investigate the accident site and everything around it. In turn, they (and the others who work for the insurance company) can find any piece, any small thing that says you might be even a little bit at fault and use it against. Most people don’t realize this, particularly people who try to handle their own car injury case.

In fact, this makes it all the more important that you hire our car accident attorney in Los Angeles. That’s because when you sign with us here at the LA Injury Group, you don’t just get our incredible team of attorneys all working for you. You also, among many other benefits, get our incredible investigators, too. That means that you won’t’ have to go against the insurance company without investigators on your behalf, too. We hire investigators just as good as the ones the insurance company has, to be honest, ours are better. Most people don’t realize what a boon this is in a case.

Our LA Injury Group investigators go to the accident site and get all of the information. They do a thorough investigation so that they can get the truth. Then, we can use that truth to bolster your case. So, when the insurance company twists what their investigators found to say that it’s your fault, you have something to counter. We can stand up and show them the truth. Instead of being outgunned by the insurance company, you can meet them on their own turf.

That’s one more advantage our car accident attorney in Los Angeles team gives our clients: resources. Sure, the insurance companies (and others you might take on in the course of a car accident case) have incredible resources backing them up. However, we do too. In fact, our team can fight back against everything the insurance company has and more. They can afford experts, we can afford experts. They can bring in people to reconstruct the accident, we can do the same. They have investigators, we have investigators. Now, you can take on the insurance company in a fair fight. (Or, since our attorneys are better than theirs, maybe it won’t be a fair fight – you’ll have the advantage.)

Many times, a car accident attorney in Los Angeles from our team will tell someone this, and they’ll respond with something to the effect of: “Uh, what does the insurance company get out of investigating me?” And the truth is, they aren’t exactly sure what they’re looking for – but they’re hoping to find something, no matter how small, that can help their case. They aren’t looking for much, just a small, tiny nugget that they can use to build a case that says you don’t deserve the compensation you do for everything you’ve been through.

To use a hypothetical, let’s say that you were in a car accident. You suffered injuries, mainly to your arms and hands. Luckily, you will recover, but you’re looking at a lengthy recovery time. You deserve a lot of compensation for this because the accident was not your fault. The insurance company doesn’t want to ever have to pay anyone anything, so they sic their investigators on you. So, these investigators follow you. They might film you, they might record you -- and they’ll probably talk to your friends and neighbors. What are they looking for? Little things.

Maybe you go to shake someone’s hand. Maybe you play catch with one of your kids. Maybe you lift your baby above your head. Perhaps you go to the gym and lift a weight. These are all the kinds of things that the insurance company investigator is looking for. Each of those, with a wildly out of context picture or video, could conceivably make it look like your arm and hand wasn’t hurt in the accident. Of course you were. And of course you’re recovering, and these are all perfectly human activities that you would want to engage in as quickly as possible after having been through something as terrible as a car accident. That’s what the insurance company is counting on.

And, as you might imagine, if they’re filming you and watching you, they’re certainly checking out your social media too. So, every time you post a picture of yourself lifting a weight with “recoverylife” or something like that, they’re going to try and use that against you, too. The insurance company has so many tactics they’ve perfected over time, all focused on giving you less money than you deserve.

The best way to fight against all of this is to hire a car accident attorney in Los Angeles from us here at the LA Injury Group. We’ve been dealing with insurance companies and all they do for a very long time. We know how to counteract all of this, so that you and the people who care about you get all the money they deserve. Schedule a free consultation with us at (818) 240-1800 or go to our website and we’ll figure out a way to help.