Home » LA Injury Lawyer on What to Watch For

LA Injury Lawyer on What to Watch For

In these blogs, we often touch on ways that clients can help their case. There’s a reason for that we feel that one of the best ways we can help prospective clients is to educate them. The more educated you are, the better equipped you’ll be to deal with whatever comes your way. So, by laying out all of the different ways that you can help your own case, you’ll hopefully be able to draw upon this should you ever actually be in an accident. We'll go over some more tips from an experienced LA injury lawyer on ways to keep the insurance company from lessening your compensation.

LA Injury Lawyer for You

To be clear, our LA injury lawyer team can handle your entire case for you. A personal injury case can be extraordinarily complicated. If you’re trying to represent yourself, it can be extremely difficult to get anywhere near the compensation you deserve. If you’re also recovering from your injury, it can be essentially impossible. By hiring a law firm like ours, you’re bringing in experienced professionals to do a job. Just as you wouldn’t trust your car to someone untrained in being a mechanic, or pay someone to paint your home who had never painted something before, it makes sense to bring in experienced professionals who can get the job done right.

Be Wary of Formal Statements

The period after an injury (particularly if it was a vehicular accident) can be a whirlwind of activity. Depending on their severity, you may be recovering from your injuries and doing what you can to heal. During this period of time, the insurance company will reach out to you, too. They may tell you a variety of things during this time that may or may not be true.

A key example of this is in the case that someone from the insurance company asks you for a “formal statement.” Now, when it’s the friendly insurance adjuster or some similar figure asking you for a formal statement, that may seem perfectly normal. They may tell you: “hey, we’re just investigating this, trying to find out what happened, it’s just a routine part of things,” and so forth. When approached from that angle, it makes sense that you’d want to help out and give them the formal statement. However, this is where you want to be the most on guard.

Now, change it around to the insurance company’s lawyer saying: “we want you to give a formal statement about what happened.” If you’re like most people, now your hackles and suspicions would be raised. Strip away the informal context of the friendly insurance provider, and you can see this for what it is: the insurance company trying to find some way to lessen your compensation if not deny your claim. If you realize this question comes from a lawyer, you’re less likely to say something that could hurt your case. 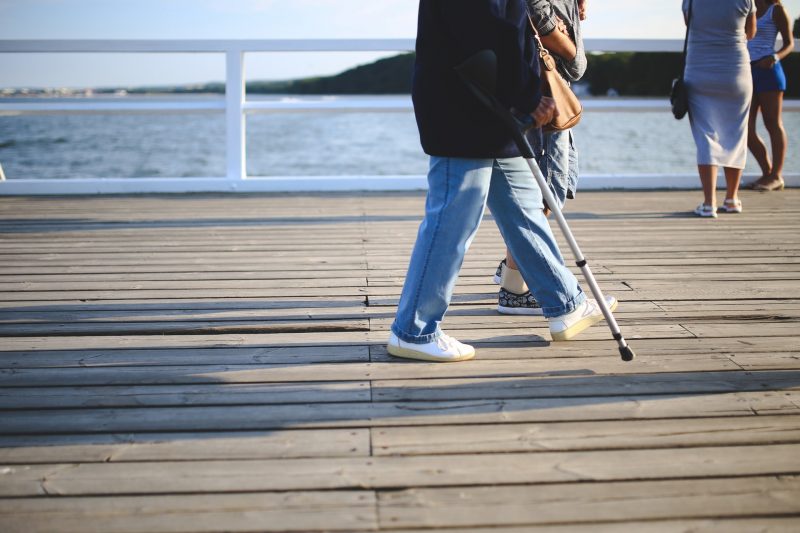 If You Speak, Speak in Specifics

There’s no real need to give a formal statement to the insurance company. In fact, it’s best that you contact our personal injury law firm ahead of time. We can sit down with you for a free consultation. There, we’ll tell you whether or not this is a good idea and how you can best approach it. This is one of the best parts of our job: meeting new people and determining how we to help them. As we mentioned, these consultations are 100% free, so you really have nothing to lose by contacting us for one.

If you haven’t hired an attorney by the time the insurance adjuster comes to speak to you, you want to be very careful about how you discuss your injuries. Go into it with the mindset of “what can I say that they won’t be able to use against me later?” that’s why it’s best not to speak in generalities, or try to make assumptions about how you’ll feel in the future. After all, you really don’t know. Anything can happen. Just as your injury was a surprise, it’s impossible to be 100% sure of what the future will hold.

However, that’s where the insurance company will try to use your words against you. For example, when someone suffers an injury to one part of their body. This accident is clearly the fault of someone else, so the injured party deserves compensation. When the insurance adjuster comes by, they ask: “how are you feeling?” Then, the injured person says: “pretty good,” or “just got some pain, but getting through it,” or “my [injured body part]) is getting better.” Each one of those can be used to weaken the injured party’s case.

As you can see, nothing in the last sentence seemed incorrect in any way. Indeed, that’s just the way people talk: doing what they can to answer a question. But, the insurance company can use each of those statements against you. Too many injuries actually get worse or grow more complex over time. So, the person who told the insurance adjuster “actually, feeling OK” a few months ago actually ends up feeling worse. Maybe now they can’t work. Or alternately, they can’t do their job in the way they used to.

Lawyers to Make your Case

That’s why it makes sense to bring in experienced injury lawyers as soon as possible. That way, we can get started on your case as soon as possible. The other side has their attorneys working hard and burning the midnight oil from the moment they heard that you were injured. You deserve to have attorneys that can hit the ground running, getting into the case as quickly as possible. Instead of having to play “catch up” during the investigative process, give yourself the best chance of success by hiring injury lawyers quickly.

We know how difficult it can be to reach out to an injury attorney. When you’re suffering from a personal injury, everything can be that much more difficult. Even with a support system of caring loved ones in place, it’s a serious, difficult adjustment. That makes it all the more imperative to bring in the best attorneys. When you have the LA Injury Group by your side, you have one less thing to worry about. Our pros can walk you through the process, every step of the way.  We’ll be there from the free, initial consultation to your compensation. Start by calling the LA Injury Group today at (818) 240-1800.