In these articles, we do our best to lay out what a Los Angeles injury lawyer can do for you. We also go to great lengths to ensure you know what an insurance company won’t do for you. Insurance companies have a set series o behaviors they engage in to make sure that you’re given less money than you deserve for everything that you’ve been through. When you’re injured, at the risk of being too obvious, it’s your life on the line. It’s your body, your potential compensation, and more – so, you deserve to have an attorney that’s going to do everything they can for you.

Of course, the insurance company wants to get to you when you’re vulnerable. But, additionally, they want to talk to you before you’ve had the opportunity to talk to a Los Angeles injury lawyer. That way, you won’t be fully aware of the laws as well as the potential of your injury. By talking to you before you’ve talked to an attorney, they’ll have all of the power in the relationship. As they know more than you, they’ll be able to stay one step ahead of you.

In addition, the day you’ve been in a vehicular accident, well, that’s a day that you’re liable to be in quite a bit of pain. You’re probably hurt, and possibly you’re also on some painkiller. So, you aren’t going to be 100% yourself at best. The insurance company representative, of course, is well aware of that. They want to get to you when you’re weak and vulnerable, so that they can hopefully talk you into doing something that isn’t in the best interest of yourself and your family. Of course, the insurance adjuster does want you to do something that’s in the best interest of the insurance company.

One thing our Los Angeles injury lawyer wants you to keep in mind about someone who calls you from the insurance company: they’re likely to be very friendly. You could find them to be the friendliest person you’ve spoken to in sometime. When you’ve just been through a car accident that can give you a warm feeling indeed. After suffering through a horrible experience, here’s someone new and nice who wants to be your friend. That’s a powerful feeling, even if you’re aware that they’re only talking to you for their employer, the insurance company. 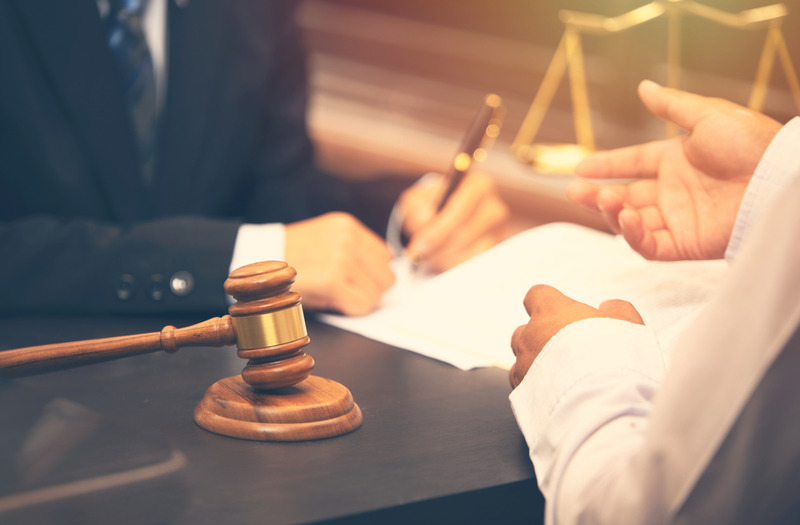 So, with that in mind, the insurance company will do everything it can to make sure that it doesn’t have to give anyone money. A good first step towards that is to have the friendliest person imaginable make calls to people who have been injured in a car accident. Another big tactic the insurance company loves to do is ask folks to give a statement. Of course, this statement will be recorded. For most people this idea makes a good bit of sense: the insurance company has to figure out how they can help you, and recorded statement can do that. As you might imagine, the truth is nothing of the sort.

See, the insurance company only wants this recorded statement in case they’re able to find a way to use it against you at some later date. They want you to diagnose yourself, or just say any little thing that can be used against you later in the case, to give you less money. For example, say you give the recorded statement and you say “my shoulder hurts a bit, but nothing too bad” or something like that. It can feel like a truthful statement, maybe your shoulder doesn’t hurt that much. This is the kind of perfectly innocent statement the insurance company can twist against you later on.

As you might have heard, a majority of the injuries that come from an accident develop over time. Sure, there will be immediate injuries, but most of them appear later on. So, say that a few months after giving that statement, your shoulder gets worse and worse. Maybe your shoulder gets so bad that you can’t do your job anymore (alas, this kind of thing happens every day). So, naturally, you want to collect “lost wages;” the money you would have earned at your job had your shoulder not been hurt. Here’s where the insurance company can use that recording of you.

A Los Angeles Injury Attorney for You

Then, the insurance company will be able to point to that recording and say: “but they said their shoulder wasn’t that hurt after the accident. Are they lying now or were they lying then?” The truth is, of course, that you weren’t lying either time. You were telling the truth, the whole truth, as you understood it, at every step of the process. However, as you’ve probably surmised by now, the insurance company isn’t interested in truth, necessarily. They’re interested in a way of making sure that you’re given less money for everything that you’ve been through.

Before they get to that point, though, one tactic our Los Angeles injury lawyer team has seen insurance company adjusters pull again and again is, paradoxically, offering a settlement. This might seem nonsensical: what’s wrong with the insurance company offering you money after an accident? Well, as you might imagine, the offer from the insurance company isn’t a good one. They’re just assuming that you’ll take it without thinking much about it. They assume that you’re weak, vulnerable, and desperate for cash. We always recommend that people don’t prove them right.

That’s why our Los Angeles injury lawyer team always recommends showing us any document an insurance company representative gives you before signing it. We offer free consultations, so you have literally nothing to lose. After all, if it’s such a good deal from the insurance company (and it never is) then they can wait a minute for us to look at it. When you’re serious about getting the compensation you deserve, give us a call at (818) 240-1800 or go to our site.