After you’ve been injured, particularly if it was someone else’s fault, it can be very difficult to focus on any one thing. You have to worry about your health, your recovery, how you’re going to pay for everything as well as the people who care about you most. With all of this going on, it can be difficult (to nearly impossible) to handle your own personal injury case. That’s why the best recommendation we can give you to is to contact our experienced attorneys, who can get right to work on helping you to get the compensation you deserve. These are some other recommendations from a LA Injury Attorneys.

Insurance claims adjusters tend to be charismatic. That’s not to say they all are, just that typically, charming folks with some charisma tend to get these jobs. So, when you first meet them, they can seem like your long lost best friend. You may get along with them immediately. It can feel gratifying to talk to them, because after all, you’ve just been through a harrowing experience with your injury. Making a new friend at just the right time can be quite a confidence boost.

Be Wary of the Early Deal

Of course, once you’ve been injured (whether in a vehicular accident, slip and fall, or any other way) the first thing you want to do is get yourself checked out by a medical professional. As ever, the word “injured” here is defined as “in any discomfort whatsoever.” You don’t have to have a broken leg to be injured in a car accident, for example – if you have any lingering pain whatsoever, that could be on account of the accident. Moreover, if you don’t get it checked out, that injury could lead to something far worse later on. The sooner you get yourself checked out, the better.

If the insurance company makes you a settlement offer before you’ve been checked out by a medical professional, it’s safe to say that it’s not a good deal. In fact, it’s usually a sign that the insurance company is inordinately worried about your case. They know how much your claim is worth. They may not say they do, but they do. They have years of the best research in the field to draw upon, so they know what you can expect. They also know that they make money if they get you to take less than that. Often, the earlier they make you a deal, the more they know that you deserve quite a bit of money for that claim. 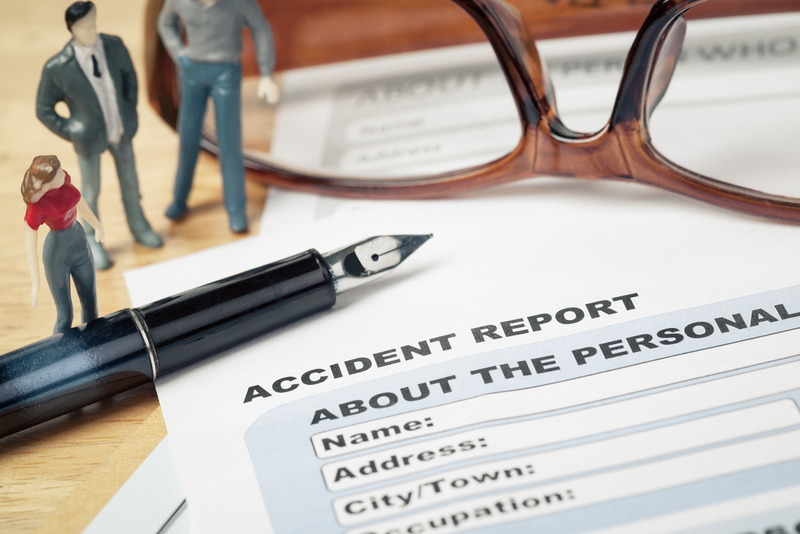 Be Wary of Signing Forms

That’s why they may try some of their more “high pressure” techniques on someone who really has a lucrative claim. Desperate to keep you from getting all the money you should, they may tell you not to hire personal injury attorneys like us; they may say all sorts of tactics. One tactic we’ve noticed is that they may try to get you to sign a medical authorization. Like so many other tactics the insurance company uses, at first glance, it may seem like a good idea, a polite gestures. Upon further examination, it becomes something else entirely.

To be clear, a general medical authorization is the one to be the most wary of. The reason for that is the word “general.” “General,” by definition, tends to cover quite a bit. You would think, naturally, that the insurance company wants to look at all of your medical records regarding your injury case. After all, that’s why you’re talking to them. When someone signs one of these general forms, that’s the idea: the insurance company will go through all of the medical records pertaining to the accident, and see how they can help.

Of course, that’s not what the insurance company wants to do. Instead, they want to look at all of your medical records. They’ll go as far back as they have to. Indeed, they’d prefer to look your entire medical history. Why? So that they can find something to use to say that you don’t deserve as much compensation as you clearly do. The idea is to prove that you had some kind of pre-existing condition which lead to your injury. That way, they don’t have to pay you as much for the manner in which you were injured.

An example of this would be: say you’re in a car accident and you hurt your shoulder. Believing the insurance company’s employee, you sign the general medical authorization. Going through your medical history, they find that you fell off of a slide when you were a child, breaking your shoulder. Then, the insurance company will come back and say: “look, you had this condition from when you were a child. Your shoulder was already weak; we’re not liable for this.” You may read this and think it’s an extreme or exaggerated example, but this is exactly the kind of thing that we see quite often in cases.

When the other side presents you with a settlement, or a medical authorization, or really anything else that requires your signature, bring it to us. Let us look at it first. You have nothing to lose, really. We offer free consultation. They offer you something in writing, bring it to us. We’ll be happy to sit down with you and look over it. Unlike the insurance company, we’ll be looking at it to tell you exactly what your claim is worth. That’s the one thing they won’t want to tell you during your interaction.

We’ve been helping regular people in injury cases for many, many years. That means we also know what your claim is worth. Now, we can put that expertise to use for you. While the insurance company is only interested in making sure you get as little money as possible, we work to make sure that you get as much money as possible. Indeed, that’s our entire business model: we only get paid when you do. As we work on contingency, we only get paid out of your eventual compensation. If you don’t get paid, then we don’t, either. So, we have every motivation in the world to help.

On top of that, we have a proven track record of helping people to take on insurance companies and win. They know that we can beat them in a courtroom, which gives them all the motivation in the world to actually negotiate fairly with us. To have an initial, risk free consultation, give us a call at (818) 240-1800 or message us through our site.