In our blog section, we tend to focus on how you can help yourself to deal with the tactics the insurance companies may use against you when you’re injured in some kind of accident. We do that because we find that’s the part of an injury case that people understand the least going in. When you hire a Injury Attorneys in Los Angeles like ours, you expect that you’ll be given top notch legal help. You can expect that we will argue your case to the best of our ability, doing everything in our power to get you the compensation that you deserve. In this blog, we’ll cover some more advice on how to deal with various tactics of the insurance companies as well as how we help you to win your case.

Sometimes, they may use that friendliness against you. For example, maybe the person from the insurance company will say something like: “hey, so how are you feeling? Any injuries after the accident?” A perfectly innocent sounding question. It’s the kind of thing that makes sense to be asked by someone who knows that you’ve had a bad injury. While that may feel like a regular thing to be asked, you have to take into account that it’s from someone who works for an insurance company. That’s why you always need to keep in mind who it is that you’re talking to.

In many cases, one of the reasons they’re asking you about your injury is that they want you to say something they can use against you later. While we always want you to be honest, you don’t want to say too much about your injuries, or elaborate too far. The person from the insurance company doesn’t need to know too much about your injuries in conversation. All they want is for you to make a little mistake. It just takes a tiny thing for them to find a way to make sure that you get less compensation for your case. What makes it so difficult to avoid one of these little mistakes is that, when it happens, it won’t feel like a mistake. It’ll feel like you were just in the middle of a conversation.

An example we often use is: imagine you’re in a car accident. You hurt your shoulder in the accident, but not too badly. You go and get it checked out by a medical professional, as you should, and then you go back home. There, the adjuster from the insurance company contacts you. He wants to know how you are, gets to know you, and so forth. While you’re talking to this adjuster, it feels like you really “hit it off.” This is someone who gets you, who you really get along with, and really seems like your friend. So, when they ask you “hey, how were you hurt?” it feels like a perfectly normal thing. Maybe you say something like: “eh, I got a bit of shoulder pain, but it’s nothing.” That doesn’t seem like much and you just go on about your day.

Then, a while later, you start to have some real pain in your shoulder. Suddenly, your shoulder, which had felt like it wasn’t too bad before, all of a sudden feels like it’s on fire. This shoulder pain won’t go away. It makes it difficult for you to work, to relax, to do anything. Now, you do have to go back to the doctors. They tell you it’s going to take a lot of rehab, treatment, medicine and more. Now, you’re ready to bring a case: you need compensation to pay for all of this. It seems pretty cut and dry: you were hurt in the accident, and now you want the money to pay for it. 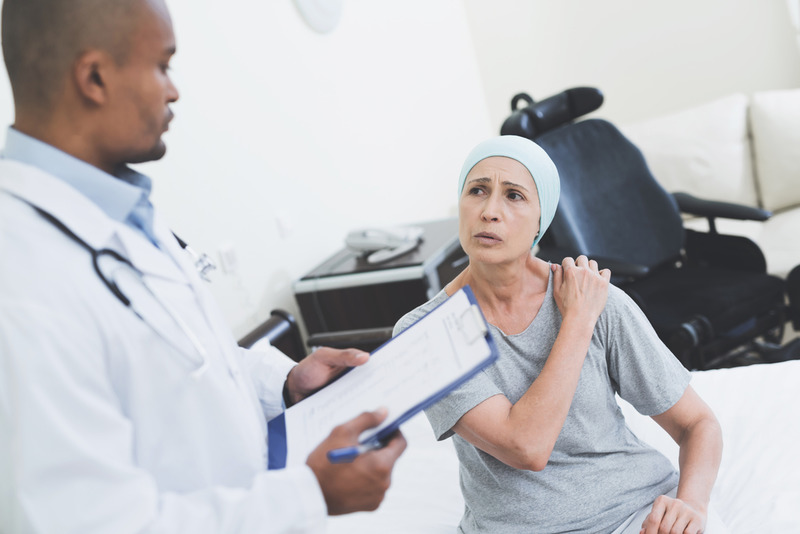 How They Get You

But, in this example, the adjuster can point to the conversation you had. They can play a tape of the “I got a bit of shoulder pain, but it’s nothing.” The “it’s nothing” is particularly damming. Now, the insurance company can say something like: “well, you see the injured party is just making this up to get more money. Were they lying when they made the initial statement, or are they lying now?” Of course, you weren’t lying at any time. Indeed, you were simply telling the truth to someone who was very friendly to you. Your shoulder didn’t hurt much when the adjuster asked, so you said so. Then, when pain later developed, you said something.

We see this kind of thing all too often in our practice. People with injuries that only develop over time are a common occurrence, particularly after car accidents. Even when you’ve done everything right, even when you’ve received medical care, injuries can develop later on. It’s an all too common facet of accidents. When this happens, the LA Injury Group can make a compelling case on your behalf. It’s easier if you didn’t make a statement to the insurance company that can later be used against you.

Legal Advice from Attorneys, Not Adjusters

Another tactic we hear about from time to time is insurance adjusters giving folks injured in accidents legal advice. They may say things like: “if you hire an attorney, you could receive less money” or “I’m telling you what your claim is worth, why would you want to get an attorney?” or even “your case isn’t worth talking to an attorney about.” These can all feel like perfectly reasonable things for someone to say, but again: you have to take into account who’s saying it. We always tell people that when the adjuster speaks, it’s like the insurance company is speaking. For all intents and purposes, they are one and the same. That’s why it’s important to focus on that when they tell you something.

The goal of the insurance company is to make sure that you receive less compensation than what your claim is worth. In the end, that’s what they’re working for from the moment they hear that you’ve been injured. So, when their adjuster gives you legal advice, that’s what they’re hoping for. That legal advice, indeed, any advice that they give you is done with that in mind. This is why you need an injury attorney on your side: we can give you legal advice and we’re on your side.

Whereas the insurance company only makes money when you don’t get it, we make money only when you do. During the entire process, we can be on your side. From the very beginning, initial consultation to the moment when you finally get all of the compensation that you deserve, we are there with you. Indeed, we keep you up to date on how your case is going the whole way through, so that you’re always informed. Start the compensation process by calling us at (818) 240-1800 or heading to our site.