After you’ve suffered an injury in a car accident, it’s natural to feel like the insurance company is going to be there for you. You’ve paid your premiums on time. Maybe you’ve even done so for years. You’re a safe, cautious driver. Indeed, the accident you were hurt in is very much not your fault. The other person is absolutely at fault for what you’ve been through. However, as hard as it can be to hear, you have to remember that the insurance company is not your friend. In fact, they’re trying to keep you from getting money. That’s one of the things our car accident lawyer in Los Angeles wants you to know. 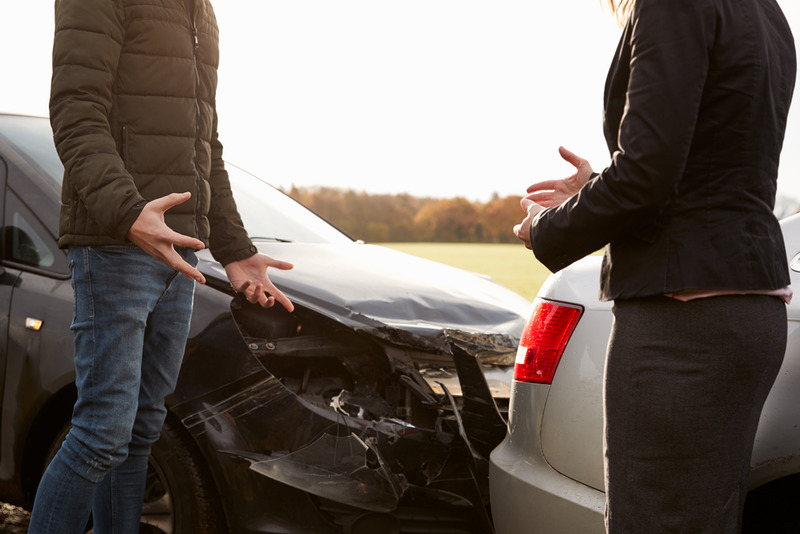 Our lawyers want you to be aware of the insurance company tactics. They have many ways they’ll go about making sure that you get less money than you're owed. By making you aware of these tactics, you can know to look out for them when they’re tried on you. Of course, during every step of this process, you’ll be better off by having one of our attorneys on your side. That way, you definitely won’t fall for anything the insurance company tries to pull. You’ll be aware of every little move they make, so that you won’t be caught off guard.

One of the first tactics the insurance company will try to use is a simple one: being nice. There’s nothing wrong with being friendly. So, the insurance company will send one of their representatives (also known as “adjuster”) to come and talk to you. This person will be the friendliest person you’ve ever met. They probably aren’t your best friend from childhood, however they will probably seem like they are. Kind, warm hearted, easy to talk to – this person will seem like an absolute godsend. Of course, they aren’t. They’re just there to get you to take less money.

Like essentially everything else the insurance company does, this is backed by studies. Study after study has shown that, when injured folks are treated in a friendly way, they’re less likely to hire a car accident lawyer in Los Angeles. This makes sense if you think about it: it’s perfectly natural to think “the insurance company adjuster was so nice to me, do I really want to do something antagonistic to them like hire an attorney?” The answer is, of course: “yes, yes you do.” You absolutely want to do that. Despite the person being friendly as all get out, like a teddy bear as a living human being, they aren’t really your friend. The attorney will be there for you, the insurance company adjuster won’t be.

But, they might seem like they’re your best friend. They might absolutely come across as the friendliest, kindest person ever. So, you could get lots of “hey, just wanted to see how your medical recovery was going” and “just checking in to make sure you’re OK, thought about you today and everything you’ve been through” calls, visits and texts. This may seem very flattering and friendly, but they are just doing everything they can to make sure that you’ll take less money that your injury claim is worth.

Another thing to keep in mind when you’re talking to someone from the insurance company is that they’re, in all likelihood, taking notes on you. They want to record every interaction with you (indeed, every observation) so that it can be used against you later if necessary. Again, our team of attorneys wish they didn’t have to say that, but it’s true. Consider: if you’re just shooting the breeze one day with your adjuster buddy, and you mention that you went to the batting cages or the driving range. Then, months later, when you’ve developed a shoulder or arm problem as a result of your accident, your former good buddy the insurance adjuster will be there to say: “the injured party couldn’t have been hurt that bad, they went to the driving range and batting cages!”

That’s just one hypothetical example, but there are a million like that. The insurance company employee is always watching you, observing you, and trying to figure out the best way to get you to take less of a deal. Always remember: don’t sign anything from an insurance company without letting our team of car accident lawyers look at it first. If you need to bold that, highlight it, print it out and put it somewhere in your vehicle, office or home, do so. That’s always important to keep in mind. Never sign something without an attorney looking at it first.

How You Can Fight Back

One thing you will notice when you sign our car accident lawyer in Los Angeles is that the insurance company adjuster will probably have a sudden change in your relationship. They might not be as buddy buddy anymore; they could be more distant and so forth. This is a good thing, because the façade is gone, and you can see the truth. Then, the insurance company can really ramp up their tactics. In many cases, they’ll delay everything as much as possible. They’ll do whatever it takes to make sure they don’t give you the money you deserve.

Often times, they’ll make you an offer, but it’ll be one that’s a real low ball offer. As in, it’s much less than your claim is worth. In fact, that’s a mathematical certainty it’s what that deal is. After all, they know exactly what your case is worth. If they’re offering you something early on, you know it’s less than what you should get. Paradoxically, the more money they offer you, the more you know that your claim is actually worth a lot. After all, they wouldn’t offer you a lot of money initially if they thought your claim was worthless. By signing with a car accident lawyer in Los Angeles, you can make sure to get what you deserve.

At the end of the day, that’s what our car accident lawyer in Los Angeles is there for: to get you the compensation that you deserve. The insurance company can try all of their little tricks, but they won’t work when you’re with us here at the LA Injury Group. Sometimes, the insurance company even makes settlement offers around the holidays. They know that people need money between Thanksgiving and the New Year, and they’ll act accordingly. Stand up to the insurance companies and anyone else who keeps you from your due compensation. Contact us at (818) 240-1800 or go to our website.