Being in a vehicular accident is bad enough. When you’re struck by the reckless, distracted, or impaired driving of someone who’s behind the wheel of a car, van, or truck, that’s the kind of terrifying event that can have lasting repercussions. However, if you’re in a big rig accident, that can be much worse. These vehicles are enormous and can cause truly substantial damage. Here at the LA Injury Group, we can put you with an experienced big rig accident attorney in Los Angeles who can help you to get the compensation that you deserve.

Big Rig Accident Attorney in Los Angeles: What is a “Big Rig” Exactly?

For the most part, a “big rig” is a commercial truck or vehicle that’s been built to haul large payloads. You see them every day on your commute. These are 18 wheel semi truck and trailer combos, and similar vehicles. Of course, it could also include something as diverse as a large commercial van or a big tow truck. If you’re hit by something like this, then you should have an trucking and big rig accident attorney who has plenty of experience with these kinds of cases.

Your first thought might be “the driver,” and that’s certainly a possibility. However, it’s not the only possibility. Often, the driver is the person that is at fault when a big rig crashes. They could be under the influence, they might have failed to stop for a stop sign, run a red light, and so forth. However, there are other ways that a driver could be at fault.

For example, big rig drivers work long hours. It’s a demanding job. There are rules that they have to take certain breaks at certain times. If they don’t, if they’ve fallen behind their schedule and try to catch up by not sleeping, that can slow their reaction time, impair their decision making, and increase the chance that they’ll be in an accident. 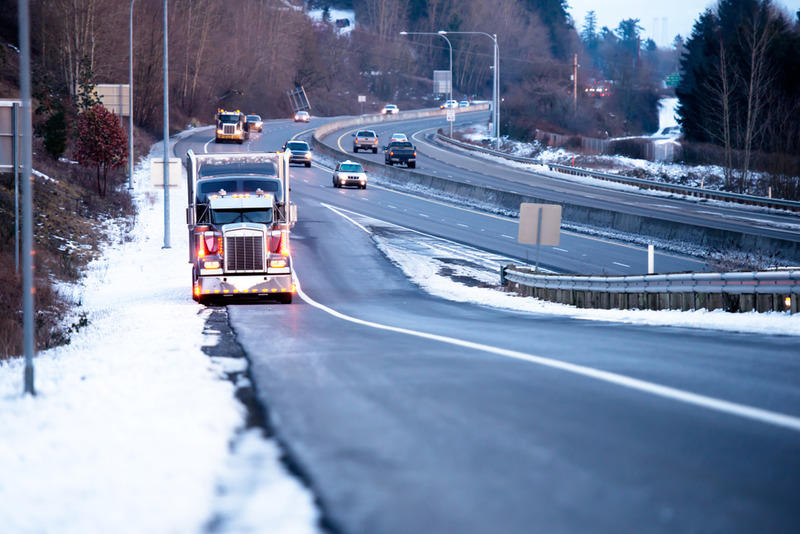 Sometimes, in a big rig accident, the driver isn’t at fault. There are many other parties that could be liable in such an accident. For example, the company that owns the truck might be at fault. Maybe they didn’t provide the truck with the kind of maintenance that it should have, thus sending the driver out with a fault vehicle that was always going to fail and increase the chance of an accident.

Beyond that, it could be the company that manufactured or distributed the trucking products. Maybe they told the company that owns the truck that something was going to be a certain way, and then it very much was not that way. So, they end up being at fault because they claimed the truck would be fine but it failed at a crucial point.

One more part that most people don’t realize could be at fault in such a case is the people who ship or load in the cargo. For the most part, that’s not something that the truck driver does. Their job is usually just to, quite literally, drive the truck. The people that load in the cargo are responsible for making sure that the cargo is loaded in properly. If it isn’t, then that could lead to an unsafe situation that causes an accident.

With all of these different parties potentially at fault, it becomes all that much more important to hire an attorney who has experience with these kinds of cases. Here at the LA Injury Group, we can put you with a lawyer who can start the kind of investigation that will find exactly who’s at fault and make sure that you get all of the compensation that you deserve.

These accidents can be life changing events. Whether you were hit because the driver didn’t see you in their blind spot, or the truck rolled over on your, or you were sideswiped or any number of other ways that these accidents can occur, you deserve to have representation that can help you to get the right amount of compensation. For a free consultation, head to our site or call (818) 240-1800.