Social media is a major part of so many people’s lives. While it may have significant downsides, it’s always a way to connect to other people. In the wake of a car accident, it’s a very human feeling to want to be able to talk to more people. Everyone wants a support system around them, both physically and digitally. That can be especially crucial if you’re hurt and laid up in your home or a facility for a period of time, unable to leave until you recover. Below, our auto accident attorney in Glendale team shares some tips for how you can best use social media in the wake of your accident. This advice can help you to not only stay safe but to ensure that you don’t potentially make your case any more difficult. 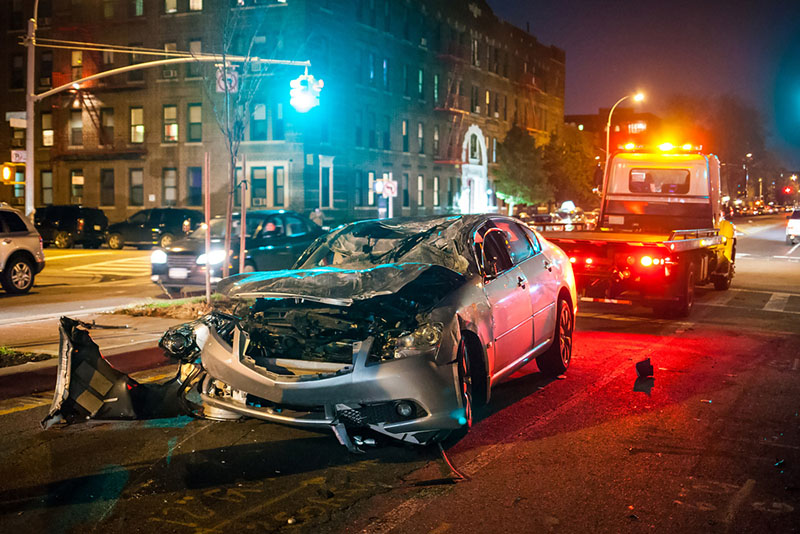 One thing you can’t be on social media: too careful. It’s best to assume that the insurance company is going to see what you post and then try to use it against you. This may sound unnecessarily harsh or even paranoid, but “better safe than sorry” is apropos here. After all, once you receive the compensation you deserve for your injuries, and then you can post on social media all that you want. In the interim, you want to be extremely careful about what you post.

A good plan of action is to raise your privacy settings. Increasing them to the maximum is not a bad idea in this context. You still want to operate with the idea that the insurance company or someone who works for them will be able to see anything that you post, but being careful is always a good idea. Personal injury cases, car accident cases – these involve quite a bit of money. Insurance companies and similar organizations have essentially limitless resources. So, they really can spend the money to have someone police your posts, looking for anything that they could use against you.

What They Could Use Against You

When we say “use against you,” we don’t mean like, they’ll find something that you’ve posted online and use it to get you in legal trouble or something. However, what you can do is harm your claim. It’s all too easy to inadvertently post information which can make it more difficult to get all of the compensation that you deserve for your auto accident. That’s the last thing we want. At the LA Injury Group, we make money only if you do. So, we have a vested interest in making sure that you receive as much as possible.

Before you post anything, ask yourself: “how could the insurance company spin this?” If you can think of a way that they could spin it to make it sound like you were exaggerating your claim, then you want to consider changing it, or just not posting it period. Even if you post something wholly innocent, positive and truthful, they could find a way of putting a spin on it that reflects badly upon you.

A great example of this is just being positive. Say that you hurt your legs quite badly in a vehicular accident that wasn’t your fault. You do what your doctor said, you work hard on your recovery, and you’re starting to feel better. So, naturally, you post a picture or video of yourself standing up from your bed and wheelchair and caption it: “feeling great” or something. This is a triumphant moment! Genuinely inspiring, it’s the kind of thing that your friends and family are going to want to see – the kind of thing that’s the best of what social media has to offer.

Unfortunately, it’s also exactly the kind of thing that the insurance company is going to use against you. They’ll try to argue that this just shows how little you were hurt, and how much you were exaggerating your injuries and claim. Of course, the opposite is true: you may have been hurt quite badly, and you’re only posting this because it’s a true testament to your hard work and resiliency. But, it’s the kind of thing that you might want to save for a later time.

To be clear and careful, you want to be judicious about much more than just what you post. You may also want to be careful about where you post, too. Say that you’re starting to feel better, just a little bit, to the point where you could travel. Your favorite musical act is coming to town, you haven’t been out of the house for a while, so you decide to splurge and go with friends or family. This can be a lot of fun, just the kind of pick me up you could use after being cooped up for so long.

Of course, as you’ve been reading this blog, you probably know by now exactly how the insurance company is going to spin it: they’ll say that you weren’t hurt that bad, you couldn’t have been, look at you having fun at this concert, etc. “Your honor, if they could hang out at a concert, couldn’t they have done their job? This whole thing is a farce…” so on and so forth. You can probably write the lines from the insurance company employees in your head at this point. So, even if you do something fun, it’s probably best to consider not tagging it or posting it in the first place.

One of the great things about social media is that you don’t have to post right at this moment. You can wait. So, while your case is still being decided, you may want to make good use of your “drafts” or just making videos and saving them. You may be able to post them once the case is decided. Some of you may have heard the old advice: “when you get mad, write a letter to whoever you’re mad at. Then, put the envelope in a drawer. Look at it later when you aren’t so mad.”

You can do similar things with your social media posts. You can write them and then not post them. That way, you still have a record of how you’ve recovered, all of the accomplishments you’ve had and obstacles that you’ve overcome. However, you haven’t given the insurance company a way to diminish your eventual compensation by doing so. Then, once the case is over, you can post that and show it off as you please.

Additionally, this could even end up being useful in your case. While the insurance company may be able to use what you post online against you, photos and videos of how badly you were hurt, how much you’ve had to suffer through can be a boon in a case. It’s actual evidence that shows what you had to go through, which can be quite compelling.

There are other kinds of things that you want to be hesitant about posting as well. For example, don’t use social media to insult the other side of the case, or say disparaging things about them. Sure, it might feel good at the moment, but eventually, it will be used against you. No matter what happens, it’s never to your benefit to post angry about the other side online.

Auto Accident Attorney in Glendale for You

Those are just a few of the tips that we have to help you get as much compensation as you deserve. We can take on the insurance companies on your behalf. While they’re paying folks to look at your social media pages, we can be working against them, putting together a case that gets you all of the compensation that you deserve. To set a free consultation, give us a call at (818) 240-1800.