Home » An LA Car Accident Lawyer: for Your Family, for Yourself

An LA Car Accident Lawyer: for Your Family, for Yourself

No one wants to have to contact an attorney. It’s rarely ever for pleasant reasons. It’s almost invariably for when something goes wrong. Contacting an attorney is never easy, but it can be more difficult during sometimes than others. For example, it can be especially rough to do so after you’ve been injured in some kind of accident. After all, there are going to be plenty of other things for you to deal with that have nothing to do with contacting an attorney: your recovery, budgeting, supporting your family and friends who are there to support you, and so forth. That’s why we make it so easy to reach out to our LA car accident lawyer team. There are plenty of reasons that you want to contact an attorney to make this difficult process just a bit easier.

LA Car Accident Lawyer: So You Can Focus on You

There’s no real preparation for what life is like after you’ve been injured. Nothing really prepares you for it or makes it easier on you. It’s not like anyone ever expects to get injured, so it comes as a very dark surprise. Even with a great support system around you in your life, it can be extremely difficult. If you don’t have a great support system, it can become more difficult still. Your recovery, even after a minor injury, can take up all of your time. 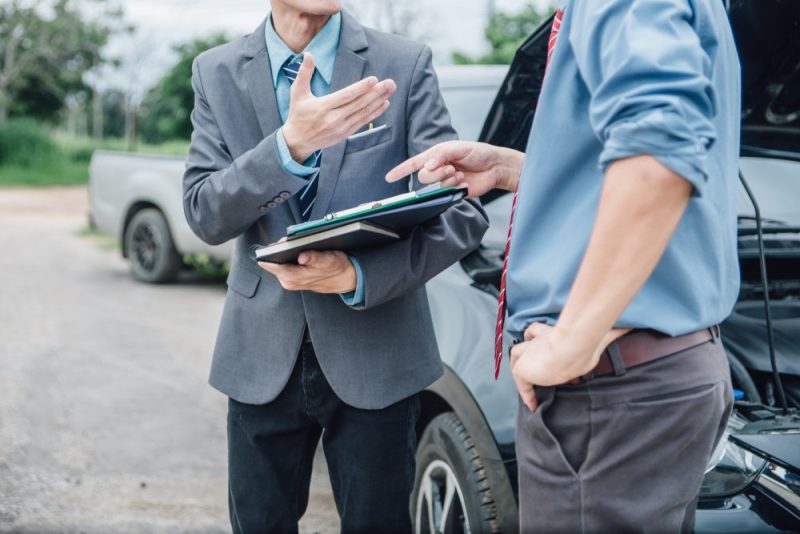 After all, that’s the thing you should be focused on the most. Recovery is not passive. It’s not something that just happens. Even if you’re told something like: “rest for a period of time, and then your injury will heal,” you still need to take active steps to make sure that you’re healing the right way. Now, you can’t do that if you’re dealing with your personal injury case at the same time. That’s where we come in. We can take this burden off of your shoulders.

When we’re handling your personal injury case for you, we’re giving you one less thing to worry about. Instead of you having to deal with every little thing yourself, we can take control. That being said, we can keep you in the loop as much or as little as you would like. We’ve had clients of all different types, and we made sure to keep them in the know on their cases to the extent at which they asked for.

For example, we’ve had plenty of clients who wanted to know every little thing, what the other side said during each negotiation, and so forth. We’re fine with clients like that, and do everything we can to make sure that they’re involved in the process. By that same token, we’ve had clients who are the exact opposite, too. We’ve had clients who have told us essentially: “Hey, get back to me when the settlement is done.” We’ve respected those wishes as well. Those are two extremes, as most of our clients fit between those two. Of course, we’ve also had clients who changed their mind halfway through the case. We can work for you how you want us to work for you.

When you’ve been hurt in an accident through the fault of another, you deserve to be compensated for it. That compensation is affected by so many different factors, many of which the layperson wouldn’t know anything about. There’s nothing wrong with that: you aren’t a personal injury attorney or an insurance claims adjuster. You’re just someone trying to get through their life as best they can. We get that. That’s why we recommend that people reach out to us, to make sure that they get all of the compensation they deserve for what they’ve been through. It’s been our experience that people don’t realize how much their actions can negatively affect their potential compensation.

For example, so many people think it’s a good idea to talk to someone from the insurance company. We understand: the claims adjuster from the insurance company is friendly and outgoing, professionally so. They weren’t just trained on insurance rules; they were trained on how to be outgoing and friendly, too. So, when you talk to them, they’re going to seem like your new best friend. This can be especially potent in the wake of an injury when you might be in a position of looking for all of the friends that you can get. It makes sense that you would want to talk to this person.

However, this is why it’s so important to have an attorney on your side. We could tell you that this is a bad idea. It’s a bad idea for a whole host of reasons, not the least of which is that it can severely damage the amount of compensation that you can get for your injuries. It can keep you from getting anywhere near the amount of money that you should for everything that you’ve had to go through (and will have to go through during the rest of the recovery process).

All the insurance claims adjuster is looking for is a way to make sure that you get less than you deserve. This could be through getting you to sign a low-ball deal, where you’d just straight up take less money than you deserve right now as opposed to fighting to get more money (that you actually deserve) later. Or, it could come in the form of them getting you on the record talking about your injury, in hopes that you say something which makes it harder for you to get your due compensation. Those are just a few of the tactics they use. There are several others.

To be clear, we don’t mean that “talking to the insurance claims adjuster” means that you’re suddenly going to blurt out that your injury was fake or something. The insurance adjuster will try to twist your words, getting you to admit that you aren’t that hurt (even though you are) because you’re a human being who’s going through a bad experience, not a professional attorney. When you have the LA Injury Group, you can glide past so many potential pitfalls.

Experienced Help on Your Side

The insurance company knows that their best bet is for you to not have an attorney. That means that not only are you more likely to tell the insurance adjuster what they want you to tell them, you probably won’t have an investigation done on your injury, either. See, the LA Injury Group has basically the same amount of resources as an insurance company. Yes, they’re enormous corporations that basically span the world, but we have resources of our own. So, when they hire top-notch investigators to look into your injury, we can do the same.

Their investigators will be looking for any way they can minimize their clients’ fault in your injury, and anyway they can pin some of the blame (they don’t need to pin all of it) on you. That’s all it could take to lessen the compensation that you deserve for your injuries. We can keep that from happening. Our team of professional investigators can make sure that the truth is found and brought to light so that you have an easier time of getting everything that you deserve.

Of course, when it comes to a personal injury case, there’s no such thing as an “easier time.” Everything is going to be difficult, but it doesn’t have to be impossible. When you have the LA Injury Group working for you, then we can make this harsh time just a little bit easier on you in a multitude of ways. To schedule an initial, free consultation to see how we can help, give us a call at (818) 240-1800.