When people think of “what can a personal injury lawyer in Glendale do for me,” the images that typically come to mind are an attorney haranguing a judge in court. Certainly, if your case should come to that, the LA Injury Group has a proven track record of success in the courtroom. However, there’s so much more our firm can do for our clients long before the case goes to court (if, indeed it ever gets there). In this blog, we’ll focus on the investigations that our firm can provide. We’ll lay what we do and how this can help to make your case that much more compelling.

A Personal Injury Lawyer in Glendale for You

It’s important to note that the services we’re going to describe below are just part of what we offer. Everything we do at the LA Injury Group is on contingency. That means that you don’t have to pay us. Instead, the money we get will come out of your eventual compensation. As opposed to scrounging up the money to pay for your attorneys, you can focus on your recovery. With professionals handling your accident case, you’ll have one less thing to worry about.

We hate to pressure prospective clients. When you’ve been through some kind of auto accident or similar traumatic experience, the last thing you need to feel is hustled, like you have to do something on someone else’s timeline. That being said, it would behoove your case to hire a personal injury attorney earlier as opposed to later. That’s not to say that it would be impossible to get you all of the compensation that you deserve, just that there’s no reason to make it more difficult to get that compensation.

The reason for that is if you hire us to be your attorneys, we can get on the investigation quickly. See, the other side doesn’t want. As soon as they hear there’s been an accident or some other kind of incident, they have their investigative team ready to go. The other side isn’t debating “do we want to hire attorneys” or “do we want to do this ourselves?” Instead, they have the professionals en route, hoping to make your case weaker as they go.

Should you hire a personal injury lawyer in Glendale earlier as opposed to later during the process, then we don’t lose any time to them. Instead of giving them a head start, our professionals can be there finding the evidence, too. Except, unlike the other side, we’re looking for evidence that tells the truth, that says what happened to you. They’re looking for evidence, or anything really, that shows it may not have been their clients’ fault/something that can weaken your compensation.

Another compelling reason to hire a personal injury lawyer in Glendale as quickly as possible for your case is the nature of evidence itself. It can move, it can shift, it can change, and it can even disappear. When you’ve been in a car accident (or some other kind of incident) that was the fault of the other person, you don’t want the clear and compelling evidence that shows it was the other person’s fault to disappear before it was able to be collected. That’s where we can come in.

A common example we use here is tire marks. There are many different reasons that a person’s vehicle may leave tire marks on the road, but one of the most common is that they slammed on the brakes. If someone crashed into your car and was going too fast, then maybe they tried to slam on the brakes too late, leaving tire marks. Alternately, you were driving, following the speed limit, and saw the other person speeding into you at the last minute – so maybe you slammed on your brakes to try to avoid them. That could also potentially leave tire marks.

These tire marks, then, are an important piece of evidence. They’re also outside, completely exposed to the elements. Tire marks can wash away, even the most ground-in ones. When they’re gone, they’re gone. They aren’t coming back. If you don’t hire an attorney in time, we may not be able to get out there to make note of them before they’re gone. By that same token, the other side’s attorneys probably won’t reference them unless they would help their case. So, by hiring an attorney as soon as you’re able, it can make your case that much stronger. 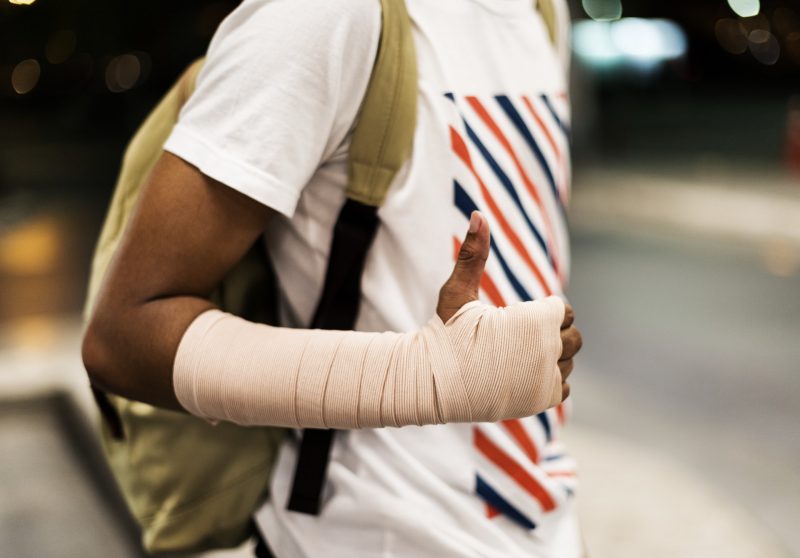 Witnesses work in a similar fashion to the aforementioned tire marks. If you’re in a vehicular accident (or some other kind of accident in a public area) it’s likely that it was witnessed by someone. These witnesses could be an invaluable resource for your case, as they can definitively say what they saw with their own two eyes. Again, you can trust that the other side is going to interview all of the relevant witnesses, determining whether or not they can help their case.

Of course, witnesses have lives. Some of them move away, forget what they saw, and so forth. The longer you go before bringing in someone to question them, the greater the likelihood of that increases. When you do hire the LA Injury Group, we can help here quite a bit. A good personal injury lawyer in Glendale knows how to talk to witnesses. With years of training, they understand how to bring out the truth so that you can have all of the evidence backing you up.

Taking on Your Case

One place where this manifests itself is in accident reconstruction. This isn’t a simple or inexpensive process. However, it’s helped plenty of our clients in the past. We bring in an experienced, professional accident reconstructionist. This person mocks up what happened during the accident perfectly. From there, it’s easy to see what happened as well as how, why and when. This has been a great benefit to our clients, as it’s put the proper fault where it belongs.

Now, as you might imagine, a personal injury lawyer in Glendale isn’t an inexpensive service. However, our law firm has the resources to handle it. If you were to hire a law firm that perhaps doesn’t have access to resources like these, then your case could be that much more difficult to win. The other side can make their claims, show their evidence, and then when it’s your turn, well… your attorneys wouldn’t be able to bring out an accident reconstructionist. They’d be stuck debating and hoping that the rest of the evidence went in your favor. Your injury is too important to be left to amateurs, or those without the means to take on insurance companies.

Here at the LA Injury Group, we’ve helped so many to get the compensation they deserve from the insurance companies. Moreover, we’ve been able to help after the insurance company initially denied their claim. Should your claim be denied, that doesn’t have to be the end. When you contact us at the LA Injury Group, we’ll sit down with you to learn about your case. Then, we’ll figure out the best way that we can help you with everything. Starting the process is easy. Just give us a call at (818) 240-1800 or message us through the site for a free consultation.